Last night, we had an amazing move of God.
Bro. Mario Garcia preached an anointed message, and God touched our people in a mighty way through him.
We had several people there that had not been coming to church for a long while that showed up and were able to hear from God and feel his presence again. 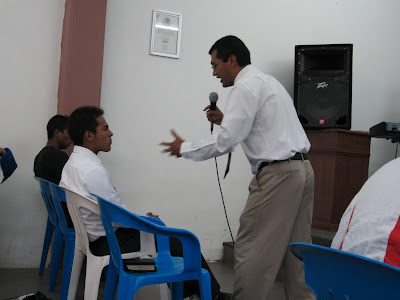 Bro. Mario preached about getting on fire again for God.
He compared the saints to carbon (coal).
You're either going to be just cold and dirty, or glowing with heat, and on fire for God! ﻿ 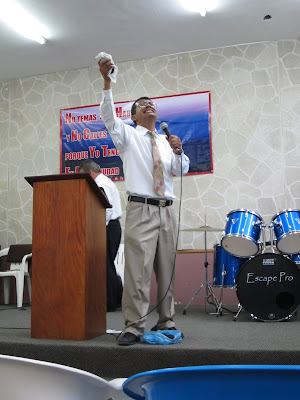 We're praying that our people grab a hold of the message that was preached and do not forget it!
﻿ 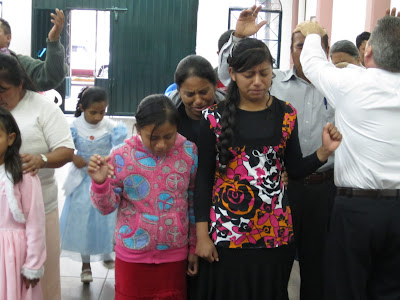 It's been a while since we have seen these boys in church. It was so nice to see them in the altar again praying with all of their hearts. 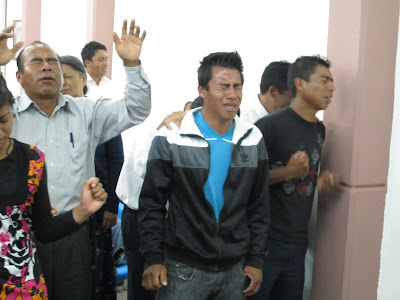 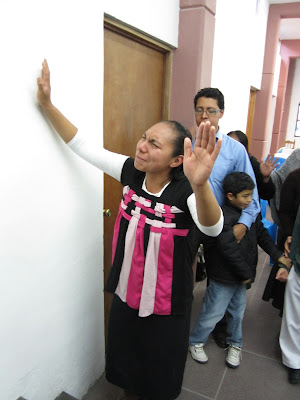 We think the little girl that my dad is praying for may have gotten the Holy Ghost last night. 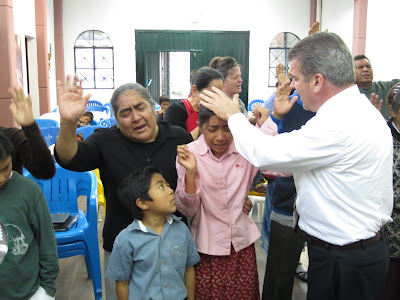 This is one of our new converts, Isidro, seeking the Holy Ghost. 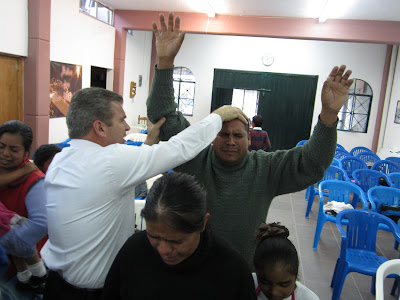 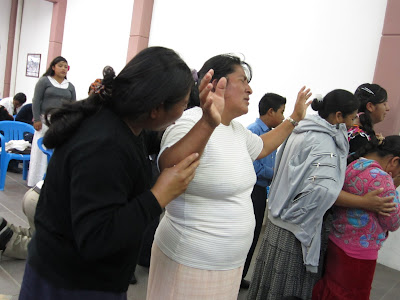 After altar call came the time to run the candy table!﻿ 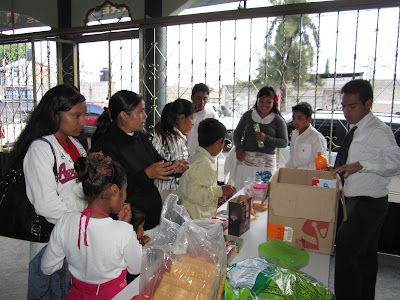 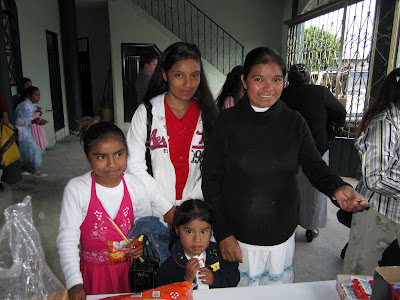 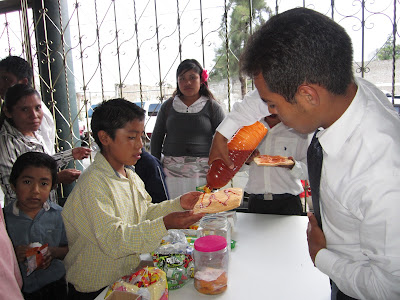 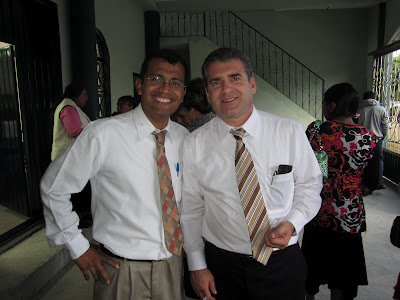 I was running around taking pictures, and then I saw Judah!
I wanted a picture with my little monkey, so I asked him if he wanted to take one... He said "Nooo!" I even bribed him with candy... But we are both pretty stubborn. I wanted the picture and he wanted out of it. Neither of us was giving in... *dun dun dunnnnn...* 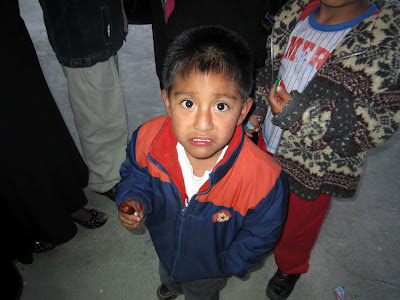 I won!! I got my picture with him! HAHA.
He was screaming. And crying. And oh so very mad at me afterwards.
﻿ 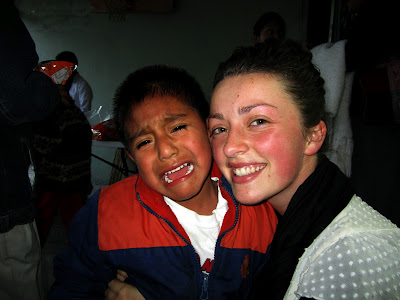 Hahahahaha I absolutely love this picture! It made my night.
He is such a brat. :) :) I love him!

He calmed down a while later and we were able to take a semi-nice picture ;) 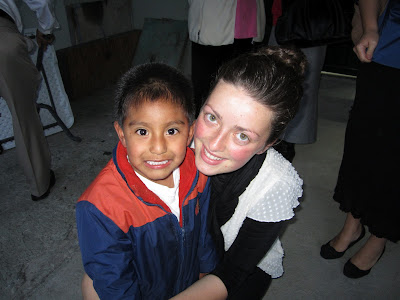 Then off to eat at the best hamburger stand ever.
Alex Burger!
"Los Jochos de Juarez" 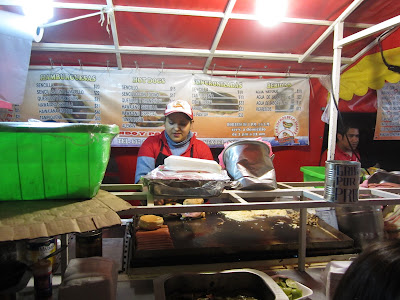 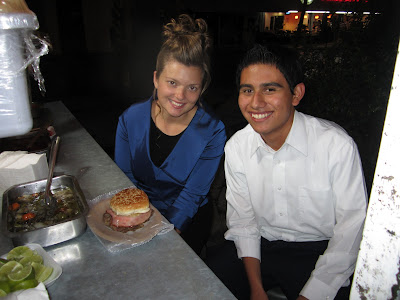 Our delicious food on the grill﻿ 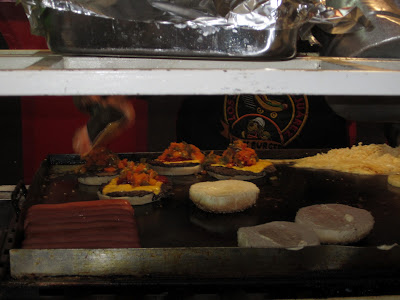 And now-
The most amazing burger in all of Puebla.
If you're coming down on the missions trip, you have got to try one! You'll never be the same again.... The Habit, Five Guys, The Hook, Moe's.... none of those will even sound good after you try one of these! ;)﻿
﻿ 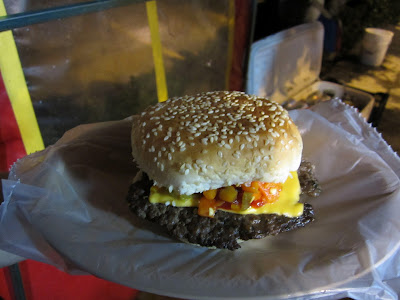 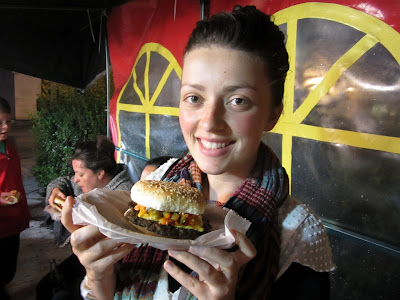 Thank God for an awesome service and for good friends and fellowship.
Keep Puebla in your prayers!

I will definitely try one! Do they make lettuce wrapped burgers? How's the ice cream there? Any other specialties [related to food]

OMW! I have no idea what to pack for this trip.

The Wakefields: Missionaries to Mexico said...

Ummm no, haha, I don't think they do! :P I cheated and got mine with bread...
About the ice cream, it really depends on where you get it. Mexican McDonalds ice cream is the same as American McDonalds, but if you buy a carton of it in the store, there a huge chance of it being foamy and not so frozen. Street ice cream is my favorite though. There's several places near where you'll be staying that has really good ice cream.
Other specialties- Mole definitely is a specialty of Puebla. Also there is something called "chiles en nogada" that all the restaurants only carry around this time of year. It's a poblano chile filled with fruits and meat.
About packing... right now during the day it's nice and cool, but at night it can get pretty chilly.