Eleven! (And Dating Advice from Austin)


Guess who's birthday it is today? Austin's! He turned eleven today, and he is very happy to be growing up. Almost a teenager! I canNOT believe this. I was looking at pictures the other day of Austin when he was younger. I wanted to cry! Time is going by so fast; he is not a little boy anymore! We used to cart him around like he was a little baby...now he likes to show off how big he is and pick us up. (Scary!) He is growing, growing, growing...all legs--lol. He's a hunk! :D 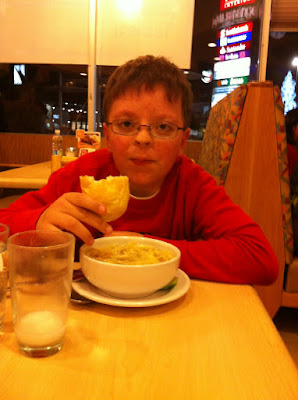 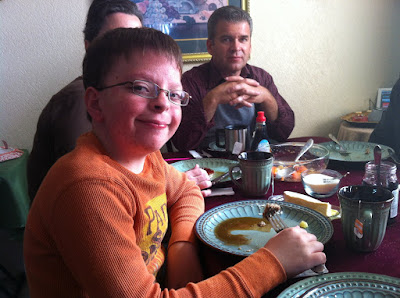 The other day we were snuggling and talking. Mostly about girlfriends and dating...haha! He's a thinking little guy; he can be very quite for a long time then suddenly pipe up with some very interesting nuggets of wisdom.
It might be something from the Bible, something he's noticed about a family member or saint...or he'll just randomly say, "Beth, I think you should marry ___________."
Usually it is for purely selfish reasons...the guy has a younger brother Austin is friends with, or it is a guy that has given Austin the time of day in the past.
Anyways....
I recorded a conversation we had the other day...here is a little bit of it:

Beth: "What are you going to do when you see the girl you think you want to marry? She talks to you, is really nice, you have a lot in common, she likes Legos, makes good food and loves kids...what will you say to her?

Austin: "...I don't know. A lot of people become speechless when it comes to that kind of stuff. I guess I'd try to be as polite as I could, be a gentleman. Win her heart in a proper way, not show off and show that I'm honorable. Don't be like a young man. Keep your head, try to think out every step of your plan like, 'Ok, this is what I'm going to do next..I'm going to open the door right now.' And as you open the door you have to think what you are going to do next. Are you going to pay her bill? Then have a conversation. See what you have in common with each other." 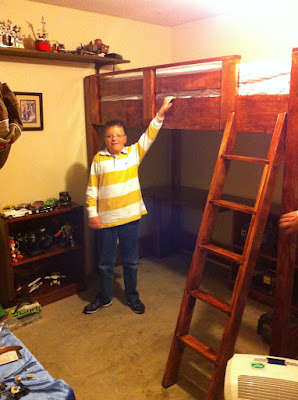 "You try to be as polite as you can and you have to keep living that way so she doesn't realize when she marries you that you're a rude brute. A faker. You have to live it."

Beth: "What are are some requirements you have for the girl you want to marry?"

Austin: "She has to learn how to deal with creative kids, kids who have disablities, definitely a lot of patience, otherwise I won't marry her. I want her to like kids because kids are the future." 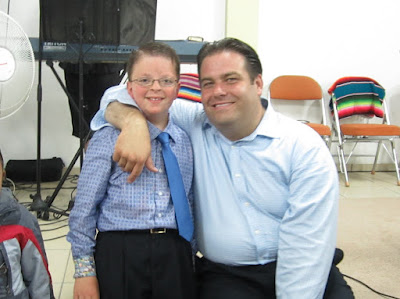 Beth: "What if she doesn't want any kids?

Austin: Then that will be a BIG problem. But most people want kids. She might discover after she gets pregnant that her baby boy or girl will be the pride and joy of the family! That's how it sometimes ends up. And you cannot put your kids in daycare because they teach your kids bad words, they'll learn lots of bad habits, they'll fight, they'll argue and they won't grow up to be honorable men and women like they ought to be. You have to train them at home in one environment."

I then asked him what he would do if his wife got bored at home...

He wins the prize for Best Answer. 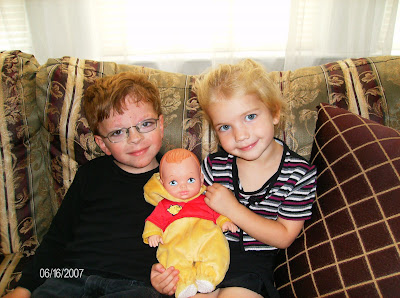 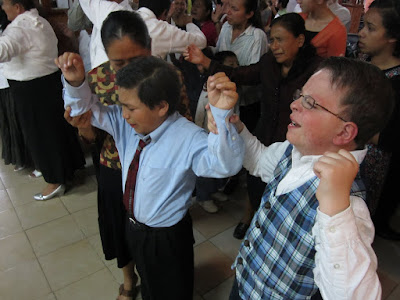 So there you have it! A little wisdom from Austin.

We love you, Austino! Happy Birthday!

Love this: "Win her heart in a proper way."

This is ADORABLE! I can't wait to meet Austin one day :)

Happy Birthday to Austin from the Marchbanks family! We love you! :)

Happy Birthday Austin! I Hope You Had An Awesome Birthday! Pray you have so many more years. You are a wise kid. i def gotta learn from you lol. Hope you had fun. God Bless You.

He is wayyy to funny! I have to confess, I recorded him when he was at our house last year. He had us in stitches, and Nicole kept having to tell him to be quiet and eat! lol