Special Service at the Loa's in Toluca

On Thursday we drove over to Toluca, Mexico to go to a special service at the Loa's church. It felt so good to get out and do something different. I was getting cabin fever!! :)

When we arrived in Toluca, we stopped for lunch at one of the brothers from Toluca's taco restaurant. Behind the counter, they had this huuuuuuge vat of oil that they cook the meat in. It was enormous, but it looks quite small in the picture. 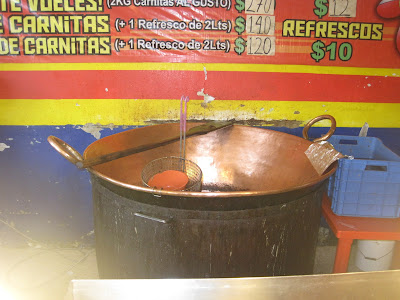 We arrived at the church in time for the first session, which was only for ministers. Us girls planned to sit out in the car until it was over, but then we saw Sis Loa in the car in front of us. So she came and got in our car to visit and I jumped out and got in the Loa's car to visit with Dacia. We talked and talked and before we knew it, our hour was up and it was time for the main service!

Bro. Loa played the guitar for most of the service and I'm telling you guys...It sounded so cool!
I was very impressed. 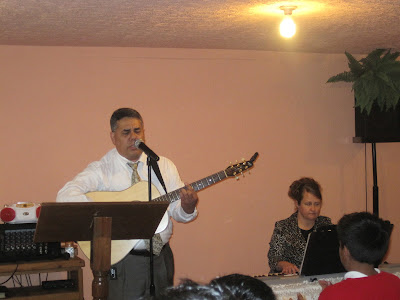 One thing is for SURE...the people in Toluca know how to worship!! There was such a powerful move of God through out the song service...everyone was just worshiping God with all of their hearts. 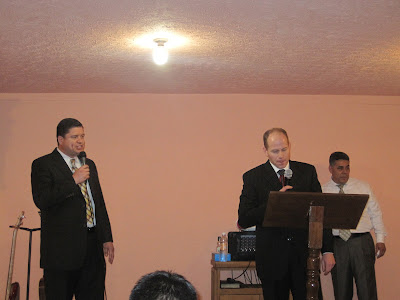 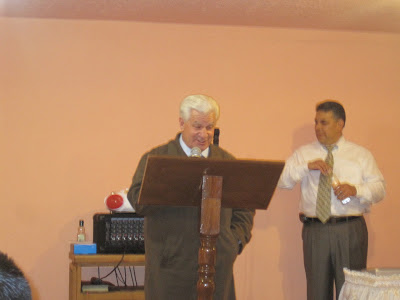 Bro Keith Nix sang a song called "Through the Fire" by the Crabb Family, but in Spanish. I was very surprised when he started singing, as I had never heard it in Spanish. It was wonderful and so anointed! 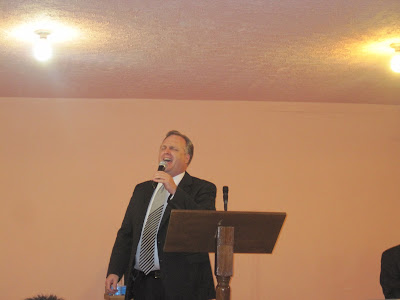 In the middle of Bro Nix's preaching, this man ran up to the altar with his hands raised, seeking the Holy Ghost. From there, the service just exploded and more people came running up to the altar. 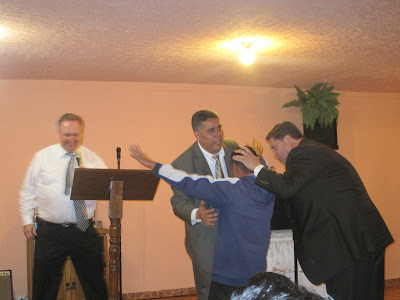 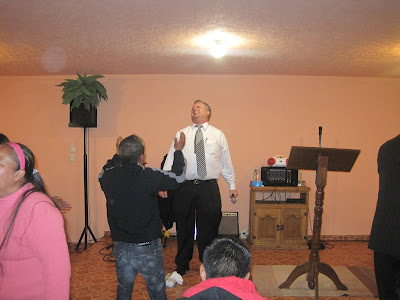 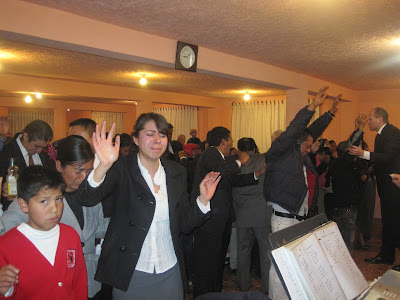 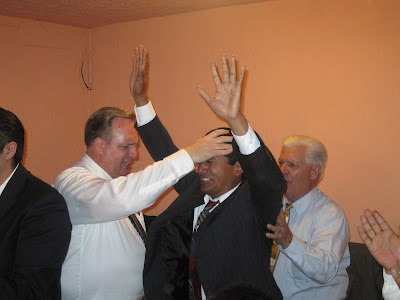 Pastor Trevino and myself 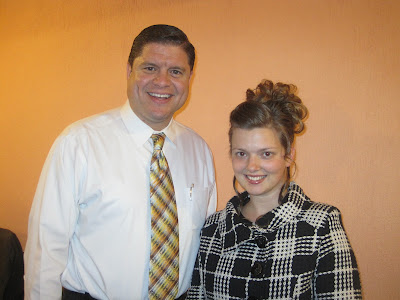 I must have grown (or got a higher hair-do haha!) because last year, I think I only came up to his shoulder. :P

The Garcia family with a family in the Toluca church 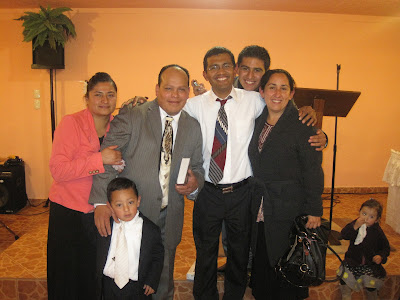 Dacia and I
(I stole this picture off of her blog!) 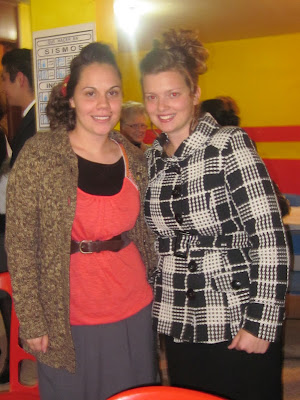 I had such a good time just talking and visiting (in ENGLISH!) with Dacia!

After church we went back to the taco restaurant. Some men from the church there started serenading us with hymns...they actually had really good voices! 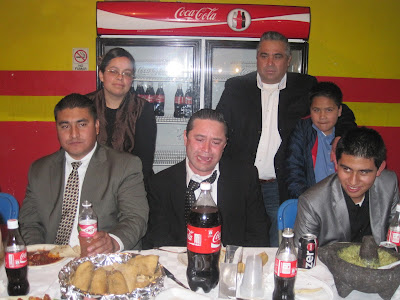 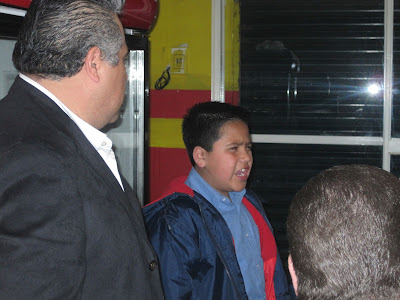 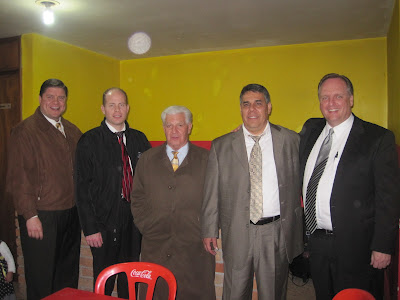 Very nice pics. BTW, your dad did awesome this past Friday night at the fellowship meeting.